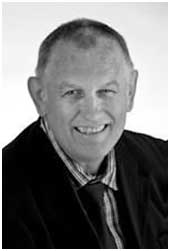 The founder of UMACO Australia, Warren is a Gold mine engineering, development and construction specialist. He has the technical knowledge and experience to develop and expand the exploration and mining programs of the Company. Also a Director of North Queensland Mining & Exploration Pty Limited, he has been involved with numerous projects in Australia, Papua New Guinea, Alaska, the Philippines, USA, South America, the Republic of Cameroon, and Africa. A professional miner for 38 years, and an accredited geotechnical consultant to the Gold and industrial mineral sector, he has specialist knowledge in both narrow-vein and alluvial mining. Prior to UMACO, Warren was active in development of the western district mineral exploration by Shell and Billiton in Australia, resulting in the Cannington Mine. He consulted to both Tan Gold and to Chariah Resources, and was active in the North Queensland Mines Association, which is a member of the Stakeholder Consultative Committee of the Queensland Mining Industry Policy Process, and was instrumental in the Environmental Protection Policy implemented by the EPA, and input into the Native Title Legislation for Queensland’s first Indigenous Land Use Agreement. He successfully established mining operations as a Director of MEMCO Australia Pty Ltd, in which he still retains a 50% interest. He was a Director of Palkarra Corp and Natural Agricultural Solutions Pty Ltd, as well of mining operations in the Hodgkinson Basin. 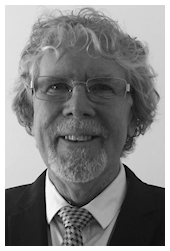 Norm has a strong interest in mining projects globally. He is a tertiary qualified business marketing executive, with 35 years’ experience in senior executive positions, responsible for the oversight of business strategy and development, sales and marketing, corporate affairs, finance, investment, communications and public affairs. His strengths include managerial responsibility for portfolios of science, innovation, inventions, trademarks, designs, commercialisation, research and development and international investments. He is a Director, CEO and Chairman of RealMark Global, Chairman of SFI Universal SA, and Chairman of the UMACO SFI Partnership. Recently, Norm has worked as a business consultant, capital fundraiser and licensee of real estate, construction and land development projects. His current focus is in global commercial real estate and capital investment programs. Norm capably manages his relationships with UHNWI through Family Offices, alternate investments, VC’s, PE’s, Hedge and Mezzanine fund managers. His high profile connections assist in developing beneficial partnerships to synergize the technical and business elements of the company by increasing the value, viability and positioning of the Companies intellectual capital and resources. 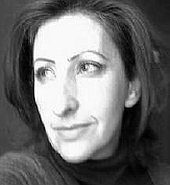 Paula Salgado is a high level entrepreneur with experience in strategy of negotiations, commodities, finances, implementation of projects, with goals and objectives based on the principles and practice of Environmental, Economic and Social Sustainability.
Her vision is to create bridges between old and new paradigms that foster Education for Peace and the Excellence of Human Potential in their inspiration for all mankind.


Paula brings extensive experience in government and corporate relations, with links to individuals from ultra-high net worth (UNHWI) and top banking institutions.
Furthermore, she is the creator of the Nador brand - International Consortium Financial Private Club, co-founder of Star Server Tech, Crypto Empyre and Indico Investimentos.
Her experience as detailed above provides an excellent platform to connect and negotiate with Global Investment Funds and Banks to secure financing and project acquisitions. In this area of expertise, he has a record of superior performance and brings excellent skills as a director to the direction of UMACO and UCOVALE Holdings.
In addition, Paula uses her 31 years of political work experience with various Governments and central administration to provide advice and negotiation skills to advance the "Global" communities around the world by creating, directing and financing social responsibility corporate and institutional values. 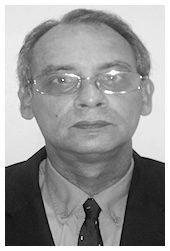 Paul Beattie is a very experienced and highly regarded air leg miner. Qualifications include Surveying I and II, Geology I and II from the DDIAE in Toowoomba (now QU), Mine Safety and Management (S I, II, III) and BSB30107 Certificate in Business. Paul’s background in mining includes exploration, mine design and construction, shaft sinking and refurbishment, underground development and production, in small and large scale underground mining, at various locations throughout Queensland. As well as his successful exploration experience, he has a proven track record in underground operations at Charters Towers, Gympie, Mt Isa, Cloncurry and other remote mining operations. Paul has been with UMACO since 2013, bringing his vast mining and mine management experience, well suited to UMACO’s operations and philosophy. 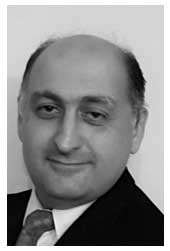 Thomas both heads the UCIC Legal Division, and is a Director of UMACO Australia. He is highly experienced, with a career spanning two decades in senior executive positions within both the public and private sectors. In particular, preparing documentation in conjunction with the Department of Foreign Affairs and Trade, as well as other Governmental and corporate entities such as BHP and Amcor. Academically qualified in law, business and political science, Thomas specialises in management and HR consultancy, and in the interpretation and application of law. He is a Director, CEO and Chairman of BAK Professional Legal Consultants LLC, The Abashok Group Ltd, a Director and shareholder of UMACO Australia Pty Ltd, a Director at SFI Universal SA, a Director of the SFI-UMACO Asset Management Group, and over the past 10 years as an academic at two of Sydney’s prestigious Universities. He has a strong network of connections throughout the legal fraternity both within Australia and beyond. Thomas also specialises in identifying and resolving legal obstacles and developing beneficial solutions to strengthen the legal standing of the Company, so it can pursue its business strategies by increasing its value, viability and industry position both locally and globally. In the absence of Thomas from Australia, Peter Bubendorfer will advise the company where necessary. 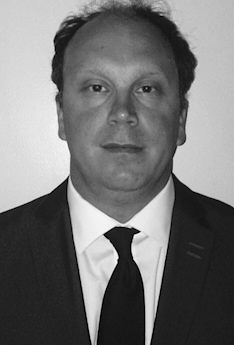 CEO and Co-founder of Finders & Seekers International Inc. Brian currently holds 6 board positions as President of Finders & Seekers International Inc., VP of Operations for Esarca Importers & Distributors Inc., VP of Contact Sur & Associates Inc., President of BAM International, Director of Business Development for SFI Universal SA and Director of SFI-UMACO Asset Management Group. Brian’s strengths are in business strategy, international relations, business development, market research, hedge funds, private equity, and marketing. He is tech savvy with strong negotiation skills, hospitality knowledge and speaks Spanish fluently. He has a strong knowledge, experience and interest in facilitating and matchmaking entrepreneurs and governments with industries, ranging from mining, renewable energy, hotels/resorts, real estate, media & entertainment, sports, sustainable developments and more. He has a vast team of world class experts that provide the advantage and reach to get results more efficiently, effectively and quickly and avoid some restrictions such as red tape in certain countries. From his roots in Latin America and Canada, his speciality is Business Affairs & Developments. Brian spent 7 years in the hospitality industry with one of the largest hotel operators. Later appointed Partner & VP of a multi-million-dollar international business belonging to a close friend, he assisted their business by expanding it from 1 to 7 locations in 2 years. That took him back to Argentina for future development. 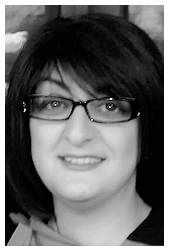 Tilda Khoshaba - Head of People and Culture and Director

Tilda is both the Head of People and Culture and a Director of UMACO Australia. She is highly experienced in the field of Human Resource Management, Industrial Relations and Organisational Psychology, and holds a Masters (Honours) and PhD from the University of Sydney. She has worked in both Private and Public Sector roles and has been an academic lecturing at the University of Sydney, Western Sydney University and the Australian Catholic University. She has numerous international publications and has presented at both domestic and international conferences in Human Resource Management and Industrial Relations. As well as this Tilda, has worked in professional sport, namely Rugby League and has a wealth of experience in employment relations matters as well as broader wellbeing and welfare related issues. She has a strong network of business and academic connections in Australia and abroad in areas of employment relations and employee wellbeing. Her aim at UMACO Australia is to create a best practice working environment where employees are protected and rewarded for being part of an organisation whose aim is to become a Gold Mining leader in Australia and abroad. 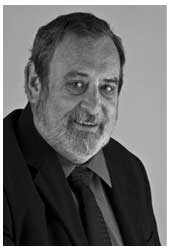 Des is an accomplished mine Supervisor and Field Manager. His experience includes, the installation of site facilities and infrastructure along with crushing and processing plant, earth dam construction and engineering facilities. Des has maintained a 50,000 tonne per annum production and processing Heap leach installation and performed induction and static performances on a 100,000 tonne per annum CIP plant in North Queensland. His control of field operations is of welcome assistance to UMACO’s corporate security and to development at the process and personnel levels of the company activities. As Director of Security, he has a background from security in the military forces in serious battle zones, as well as being in the front lines of both domestic and international security, including International Airport Security. He is a specialist in securing the unfamiliar, and has received outstanding citations for other duties, and for exceptional performances, within his military career, as a true military professional. He has a complete understanding of strategic field planning and the accommodation of personnel and their requirements, as well as dealing with the full spectrum of mechanical and physical endurance in the field. Des’s long military career is now reflected in his devotion and consideration of others, with outstanding performances. 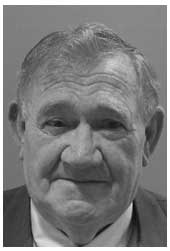 Jim has brought a number of prospective mining projects in PNG to UMACO Australia, and has a 25 year relationship with the traditional owners of the Milne Bay Province. He has lived and operated in Milne Bay and has received the personal mandate for the region. Jim has developed the tribal and political infrastructures to facilitate sustainable and responsible developments in the region across a wide range of resources. He has become a well-known identity, and is well-liked throughout the region for his many years of dedication, and for his contribution to the spirit of development in the region. Jim was recently recognised by the Provincial Governor, Sir Titus Philimon who offered Jim an Honorary Secretaryship to the Governor’s office before he retired, and came to UMACO Australia. As a Senior Master Mariner, Jim knows the waters of Papua New Guinea in Milne Bay like the back of his hand, from Alotau in PNG to Cairns in Queensland. Jim found pearling opportunities and self-development came naturally in PNG with the locals, as he taught local fishermen to become marine seafarers of the Torres Straits and Milne Bay provincial waterways. 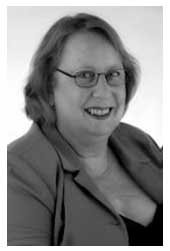 Ms Visser has a BA degree majoring in Business Communications, literature and religion. She was one of only two women in late 1990s and 2000s who was a testing officer for height safety and lifting equipment and the only woman who did her own testing. Ms Visser has experience culminating from over 35 years in administration, which is complemented by her excellent service to all clients and stakeholders. She has considerable experience in the company secretarial area, having been a Company Secretary for over 30 years for entities in the financial properties trust, agricultural and mining operations, information management and customer services sectors. Besides Ms Visser’s financial and strategic abilities, as a Director, she brings a very positive outlook to the UMACO business, as she is a co-operative team member on the Board, and always willing to undertake any task. As a North Queensland native, Ms Visser earned her experience and management in accounting through dedication. She then went on to take up executive management within UMACO where she has become a partner in the Company.