Originally, UMACO operated as Monarch Mining prior to the late 1990’s when it Joint Ventured to become UMACO Pty Ltd. Today, as UMACO Australia Pty Limited it is currently a 100% Australian company with majority holdings in independent ownership.

As a result of previous successful mining developments in acquiring and exploring credible projects the company first set up in Cairns, then moved operations to be located in Mareeba and Herberton, in Queensland Australia in 2007.

Historically successful mines played a long and generous production up to recent times when they were abandoned or terminated due to lower Gold prices or for being considered too low a grade return for the mid to late 20th century miners. Today some of these historical mines can reopen where they left off. Now many of these rediscovered mines are an integral part of the UMACO portfolio with modern variables turning them into now valuable assets by using modern technologies, many of which are patented to UMACO. 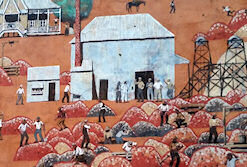 21st June 2003: UMACO recommenced mining at the Monarch Mine.

22nd December 2004: UMACO commenced mining and exploration at the Alice River mine prospect.

1st October 2005: Mining at the Monarch Mine was concluded.

11th April 2009: A study on aqua-cultural pearls in New Guinea was completed.

17th July 2009: A preliminary study commencement for feasibility on the OZ107-133 Gold and Industrial Mineral prospect.

15th July 2010: The feasibility study on most of the Papua New Guinea assets completed.

18th June 2015: UMACO identified a greater opportunity in the Gold resources at the OZ105-116 mine, in the mesothermal reef to extend the potential for Gold production. Additional data suggests extremely good visible Gold dispersion within the mesothermal Gold chamber at depth, in linear veins and thickening of the ores in expansion zones.

22nd June 2015: The opportunity of the 18th June 2015 was endorsed this day by Newmont Australia Limited through negotiations secured by tenure agreements to the companies Project code; 105 151 ‘the subject of that agreement’ and is a major milestone for UMACO as this should lead to significant additional growth in the Company’s progress. Newmont Mt Leyshon required this in acknowledgement of its Open-cut developments adjacent to UMACO with recorded production over 100,000 ounces of Gold per annum on the same line of lode.

22nd July 2015: UMACO completed the advanced specification for a new crushing plant. It is also planned to develop and construct a new UAPMT bulk mining and processing plant. This plant is capable of processing in excess of 1,000 tonnes of Gold bearing ore per hour. 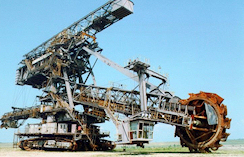 THE ALICE MINE PROJECT

UMACO mounted an exploration and feasibility study incorporating a Public listing over the Alice project in 2004. The project was started in 2001 and developed to produce 150,000 tonnes per annum. The UMACO Alice open pit construction operated on a multiple tension gash system in contact tangent to the pit excavation containing 9gAu/t. The pit was supported by a crushing and grinding production circuit. The open cut pit was in its infancy here as seen here from the air in the photo on the right. The mine had developed down to 3m above the ore system with a strong vein structure demonstrated through drill interpretation on a whittle model designed for pit construction. The model was overlaid revealing the ore body which continued at depth and length.

The northern structure went out 20 kilometres to the north in contact between dolomite and adamellite granite. Regional folding containing auriferous greisen’s surrounded the area at 3gAu/t. A zone some short distance on strike 4 kilometres distant from the pit yielded some 4,000 ounces of Gold from 5,000 tons of bulk ore. 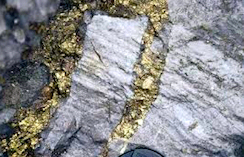