This detail is born out in the full Feasibility Study undertaken by the Company in 2014. The project area also contains Platinum, Zirconium sands, Ilmenite, some Rutile, a range of accessory Titanium (Anatase, Leucoxene, Monazite and Xenotime), together with large amounts of Garnet sands and significant quantities of Magnetite Iron, along with a small percentage containing 1.2% in other gems. With UMACO technology there is the added-value of recovering this spectrum of industrial minerals and gems at the same time as Gold processing is being undertaken.

Identified within this project are the rare earths Bastnasite, and Monazite with Thorium. The Monazite has been extensively observed, but is yet to be fully understood and quantified. Notwithstanding this, as a forward-looking statement, Thorium has great potential as an alternative energy source to Uranium, and to be a highly profitable commodity. 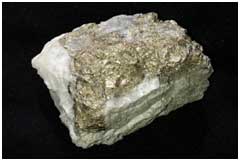